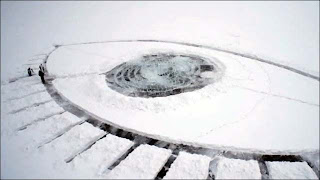 Child Baikal expedition accompanied Russia's best ice sculptors, musicians, actors, cameramen, photographers and parents went to Baikal children’s expedition this March 2013. In this creative expedition kids did everything themselves: made sculptures out of ice, shot, played, took pictures. Masters guided and helped them. Enthusiasts decided to put a maze of transparent blocks bizarre. From the frozen surface of the reservoir, it looks like rows of crystal sculptures. But once you take off and rise in the air, then you’ll see an icy eye. The labyrinth was built by several dozen of artists from Moscow, St. Petersburg, Khabarovsk, Perm and Ufa. The materials were no problems. Baikal ice is renowned for its fantastic clarity. The maze looks especially impressive at dawn and dusk, when it begins to play colored rays. You can watch the video here.
Отправка комментария
To read more... 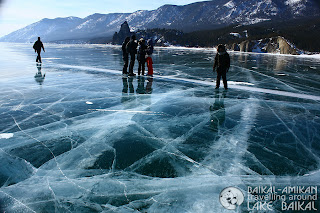 Wintry Baikal... Pristine vastness of frozen Baikal, transparent iced treasures, turquoise to blue colors of clearest ice under your feet, thousands of patterns of the cracks in the ice, watching which you never get tired of, the grandest ice-rink flows under the ice-skates and makes you feel great, thousands of stars in the dark velvet sky which are never seen in the city, freezing freshest wind which tickles your neck - Baikal embrace. I feel full and happy. I am safe. I am home. Thank you for everything!      My trip this march 2013 started in Listvyanka where we got on the hover and went for one-day ride to Peschanka. This place is so quiet in winter, unlike the summer time when it is kinda crowded, no wonder - this place is nolike others. Clearest ice let us fell absolutely free skating. The wind was carrying us. The man was bringing water from the lake for heating Banya, and we were jealous of how quiet and smooth his life must be here. A simple wooden Banya on the ver
Отправка комментария
To read more...
Ещё сообщения